"Amazon of the North" – Vorpommerns most beautiful riverside

Welcome in Stolpe an der Peene

The Peene springs near Gnoien in the district of Rostock and empties into the river Peene. Along lie smaller and larger cities such as Gützkow, Loitz or Jarmen and the Peene meanders through the idyllic nature of Western Pomerania. The name comes from the Slavic language and Peene originally means "foamy river". Because of its large aspect ratios, the low gradient and the associated low flow rate, the Peene is particularly well suited for a casual paddle. Explore the great nature and landscape protection area of the Peene valley from the water side. Many modern “Wasserwanderrastplätze” (rest areas for water sports) in places like Stolpe and Loitz make the river very popular for water sports.

On land you can explore the cultural sights, such as the monastery ruins in Stolpe, the Wartislawstein or the historic Viking graves in Menzlin. The area surrounding the Peene valley is also the largest area of marshland in Europe. Along the river course impressive beaver lodges and a picturesque flora can be discovered. In addition, the Peene is home to many rare species of fish such as loach and river lamprey.

Discover the "Amazonas of the North" 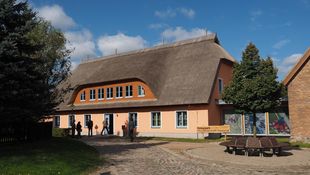 The visitor information centre of the nature park “Flusslandschaft Peenetal” is located along the south bank of the river Peene in the Centre of the picturesque village Stolpe. In the modern exhibition the visitor receives a lot of information about the different habitats and the animals and plants, who are living there.

The modern information centre, as well as the nature park administration can be found in a thatched house not far away from the village church. From Sea Eagle to Owl (moth), from wild Orchid to Helichrysum arenarium - here you'll find a lot of...
read now more 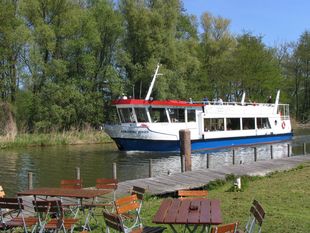 Off to a steamboat trip with the former launch FGS “Hamburg” which was once entered by royal visitors, presidents and heads of state. From Demmin: Peene, Kummerower See, Aalbude, Stolpe, Gravelotte, Anklam, Jarmen und Malchin.

Welcome to the Peene shipping Müller. Both ships of the company, “Hamburg” and “Hansestadt Demmin”, are under way on the Peene and the Kummerower See the whole year. They are very variously usable, i.e. for trips, birthdays, family celebrations, club...
read now more 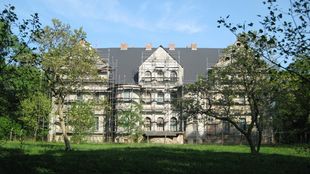 The Manor House Lüssow was built in the 19th century.

Built in 1868 in neo-renaissance style the mansion with country estate is located in a freely accessible landscape park with outstanding dendrological features, such as fan leaf tree, hickory, magnolia, silver fir and American red oak and linden...
read now more

Waterway berth and rest area at the Peene 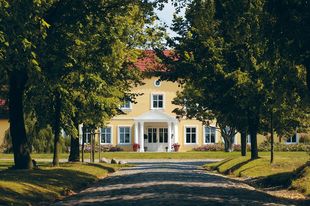 The renovated Stolpe Manor House, surrounded by a park with old trees, is located in the middle of a monument-protected, extensive complex from the last century. The house, a member of Relais & Châteaux, is towering above the rugged river in the middle of the Peene Valley National Park.

During a delightful stay in the estate, silver cranes, sea eagles and beavers become your direct neighbors, whether at the á la carte breakfast, while enjoying a king cake under old trees in the 11 hectare park, at a fine dinner in the restaurant (1...
read now more 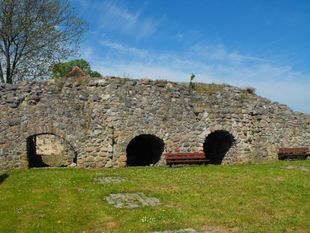 Stolpe was first mentioned in 1136. In 1153 the monastery of Stolpe was founded by the Duke of Pomerania. The monastery is considered the first in Pomerania and belonged to the Benedictine order.

In 1305, the monastery passed to the Cistercian Order. It was abolished in 1535 and destroyed in 1637 during the Thirty Years' War. The 300-year-old Fährkrug, only a stone's throw from the former monastery, was built partly from demolition stones...
read now more 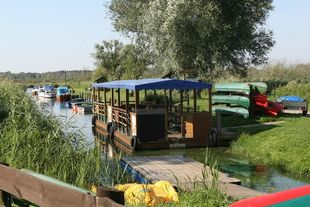 Welcome to the Vikings in the Valley of the Beavers, it says at canoe and raft rental in Menzlin near Anklam. Tours such as the Peene Tour or the Beaver Discovery Tour take guests to the Peene, also known as the Amazon of the North for its originality and the surrounding pristine river landscape - the last of its kind in Europe.

Menzlin is an early-historic sea trading center of the Vikings that left graves in Menzlin. These can be discovered during the guided tour to the former trading venue of the Vikings. At the canoe station also starts a 3.5 km long nature trail, where...
read now more 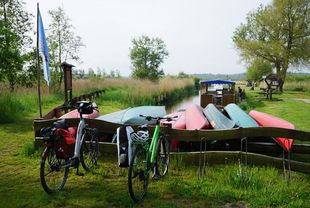 Waterway berth and rest area at the Peene, canoe and rafting rental Menzlin is adjacent 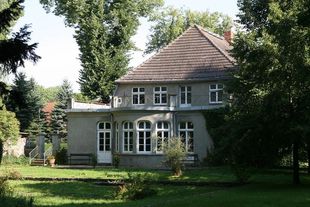 North of Anklam is the small town Ziethen. The manor house with its landscaped park and farm buildings is now used and maintained by the community.

The simple farmhouse, built in 1818 in classicist style, is located on the edge of a small, publicly accessible landscape park. The building was extended and rebuilt several times. Last owner of the estate Ziethen was until 1945 Bernhard Graf von...
read now more 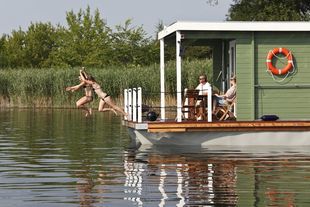 The Aeronauticon, a museum park for watching, playing and learning at Anklam airfield, deals with everything that can fly - from a seed ta high-tech aircraft.

Exterior area of the Otto Lilienthal Museum - The theme of "flying" is being implemented in a playful way for families with children in the Aeronauticon on the Anklamer airfield. In the cockpit, the little ones can test the seats, make their own...
read now more 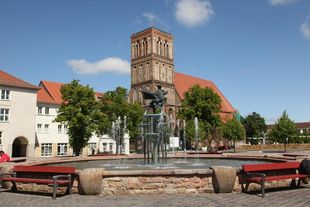 The Anklam-Information provides tourists and guests all Information to the topics holiday in the Hanseatic city of Anklam, vacation by and on the Peene, Otto-Lilienthal-Museum, museum in the stone gate, european route of brick Gothic and also events on the island Usedom.

The Anklam information can be found in a brightly decorated room in the Town Hall of the Hanseatic City of Anklam. The core task of Anklam-Information is to be a service provider for the tourists and guests. Besides the marketing of Anklam and the...
read now more 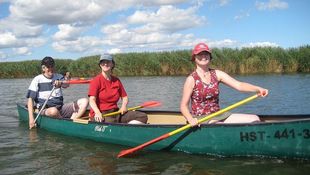 In addition to the daily rental of canoes and license-free motor boats, the canoe station Anklam also offers guided day trips in the solar catamaran as well as canoe trips. These carry such promising names as Viking Tour, Peenesafari or Hansetour. Also combined canoe bike tours are on offer.

You would like to spend a few hours, a day or more on the water and experience a unique river valley? In addition to the daily rental of paddle and license-free motor boats and solar catamarans, the canoe station Anklam also offers guided excursions....
read now more 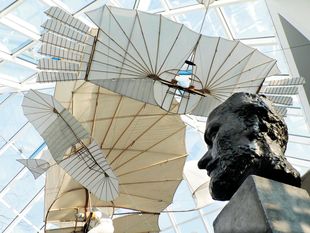 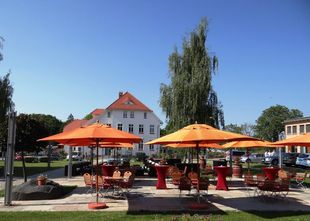 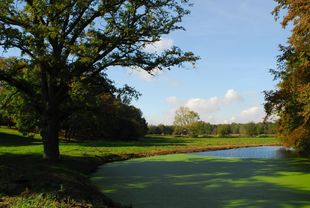 The country park, which was created in the 19th century, integrates the features of the landscape, which include a small slope to the Peene, a small pond, wetlands and old trees. The park is open to the public and thus a worthwhile destination for...
read now more