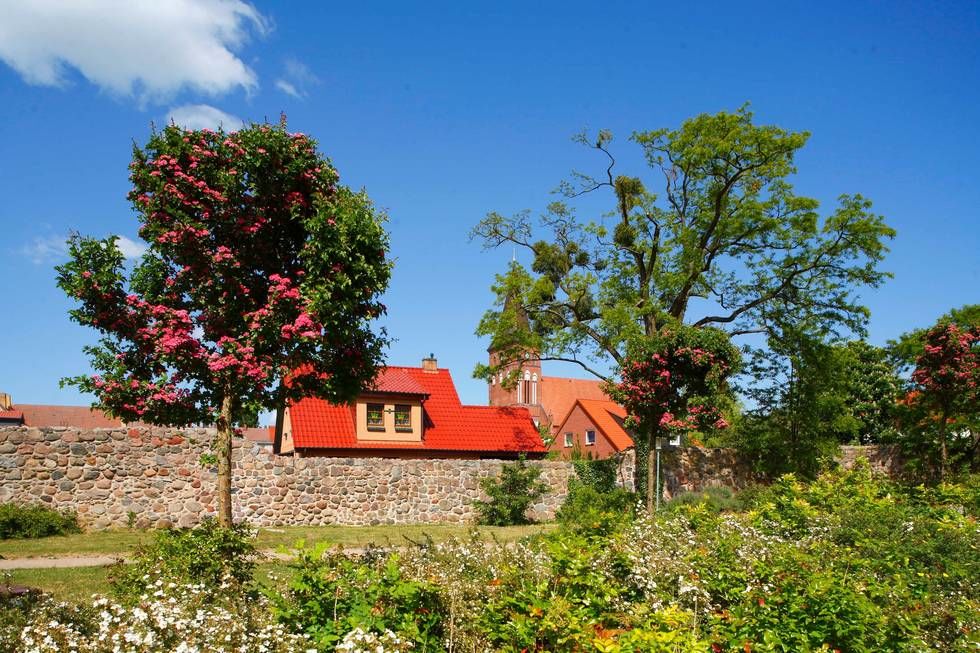 The city wall, towers as well as two traditional wall gates testify to the time of knightly orders and Pomeranian dukes. Today, the Prenzlauer Tor houses the town museum. It shows exhibitions about the prehistory and early history of the Uecker region, about the town and garrison history of Pasewalk and an exhibition about the artist Paul Holz. From the then 2488 m long and 6 to 9 m high city wall, some components are still well preserved today. For example, the powder tower or the so-called "Kiek-in-de-Mark" tower. This is today's landmark of the city.
Three Gothic churches also adorn the Pasewalk townscape. The brick Gothic St. Nikolai Church is the oldest of the three churches. It was mentioned in documents as early as 1176. Directly at the market is the three-aisled hall church St. Marien from the 13th century. Its tower houses the largest bell in Western Pomerania. The youngest church is St. Otto. It was built in 1885 and named after the Pomeranian missionary Otto von Bamberg.
The waterway rest area is only a 5-minute walk from the center of Pasewalk and offers recreational captains an idyllic place to rest with showers and toilets. It is also located directly on the Berlin-Usedom long-distance cycle route. The cultural center "Historic U" hosts concerts, plays, readings, conferences and fairs all year round.

Gate to the Ueckermünder Heide

The Historic U is an event center with a large hall for about 500 people and a conference and seminar room. Originally, the Historic U served as a horse stable for the Pasewalk cuirassiers. The large hall was the riding hall, which was later used as...
read now more 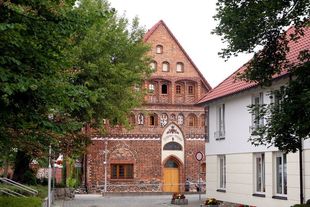 The Hospital St. Spiritus in Pasewalk was once founded by the Pomeranians.

The Hospital of St. Spiritus was probably founded in the second half of the 13th century by the Pomeranian dukes. It served to care for lepers, sick and poor people. The building, which was severely damaged in World War II, was rebuilt in the 1950s...
read now more 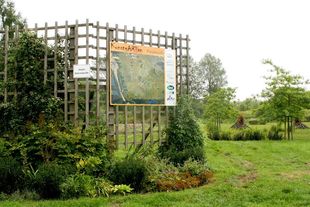 In KunstgARTen Pasewalk you will find contemporary art and exhibitions of various installations.

Via Klosterstraße and past the garage complexes, you reach the Pasewalk Art Garden, which is located directly on the Uecker River and in the immediate vicinity of the water hiking rest area. The garden was developed in 2005 on a 5 hectare meadow as...
read now more 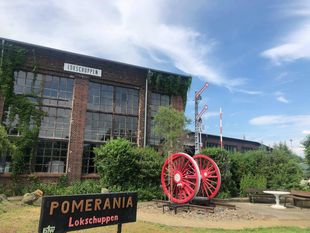 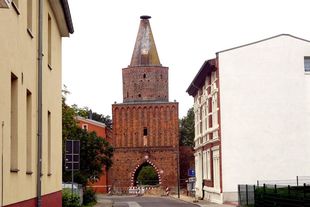 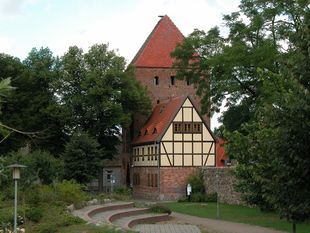 Even from afar, the medieval Marien Church points the way to the city of Pasewalk in Pomerania. The three-aisled building towers over the surrounding area as one of the most important north German brick churches.

Already in the second half of the 12th century, the first mention of a "market church" of the castle Pozdewolk was made on a document. On these foundations, the building that has been so impressive to this day has emerged. The nave dates from the...
read now more

Former manor built at the beginning of the 19th century. Landmarked boulder building with stables, storehouses and the castle - today it is used by the cultural association “Kulturverein Schloss Bröllin e.V.” (international art research location). 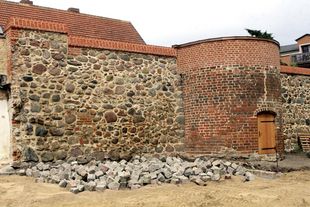 The former city wall of Pasewalk is still preserved to a large extent.

The medieval city wall, still preserved in large parts, with its towers, gates and weigh houses is one of the most beautiful sights in Pasewalk. The town's landmark is the "Kiek in de Mark", a more than 20 meter high tower belonging to the former...
read now more 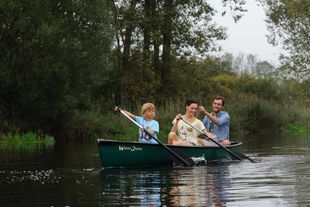 The Pasewalk waterway rest area is an idyllically located rest area with shower, toilet, bicycle rental and repair. It is located directly on the Berlin-Usedom long-distance cycle route and offers an idyllic place to spend the night in your own tent.

Via Klosterstraße you reach the idyllically situated water hiking rest area, which is only about 5 minutes walk from Pasewalk's center. Here you will find a quiet place to spend the night in your own tent. There are showers and toilets, a rest area...
read now more 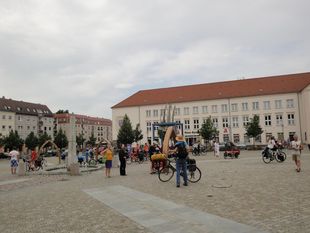