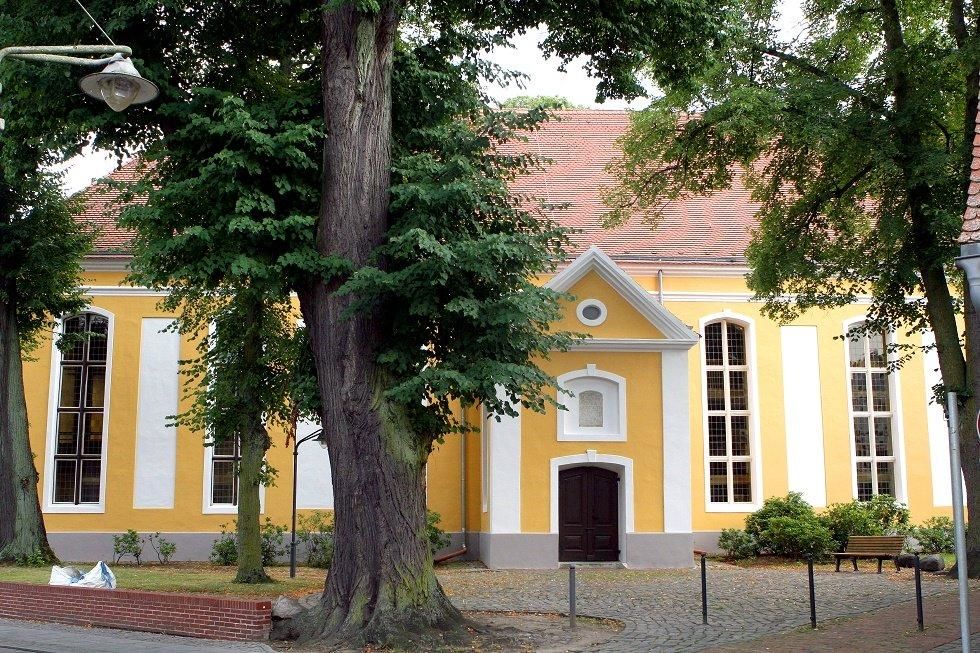 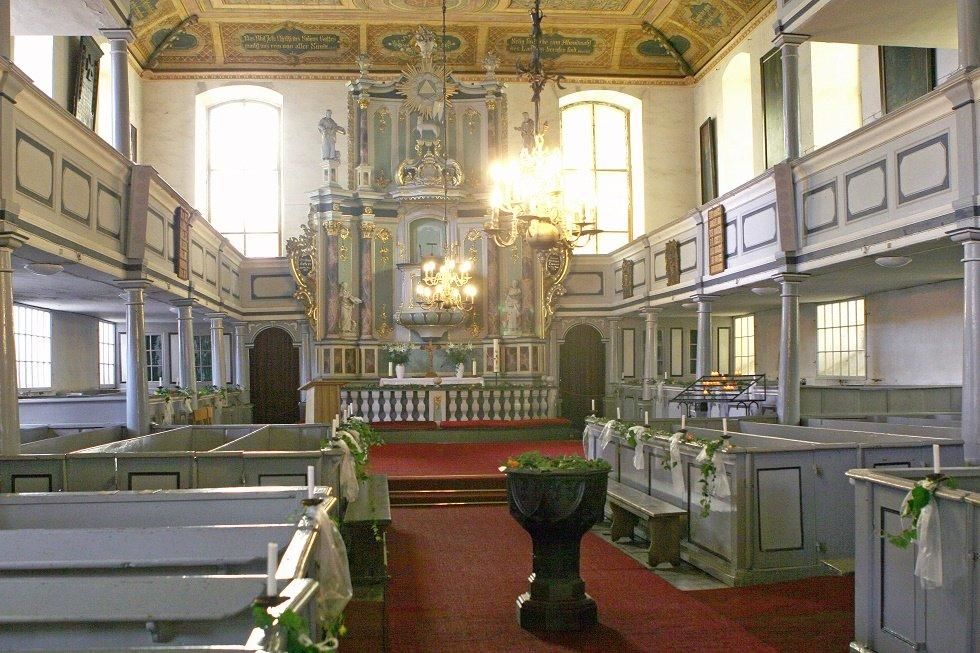 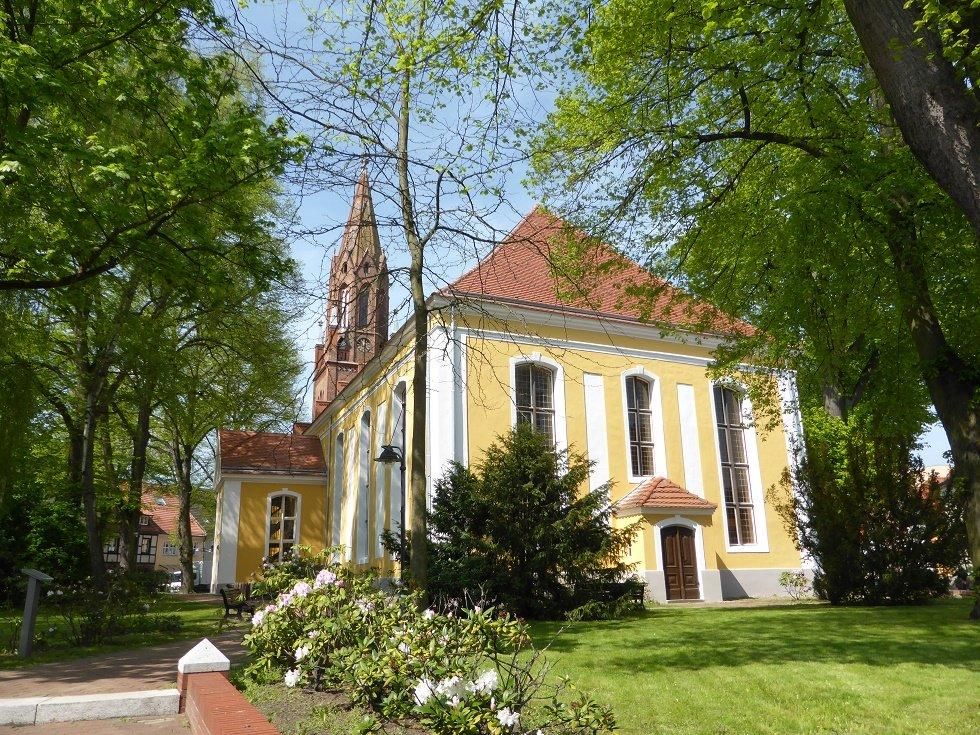 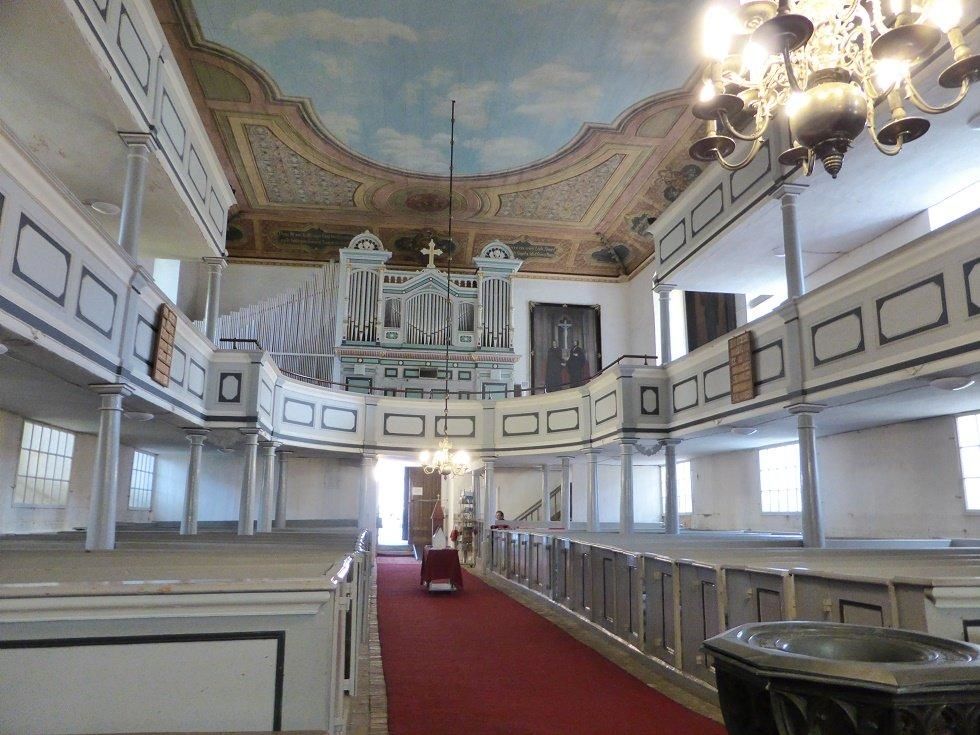 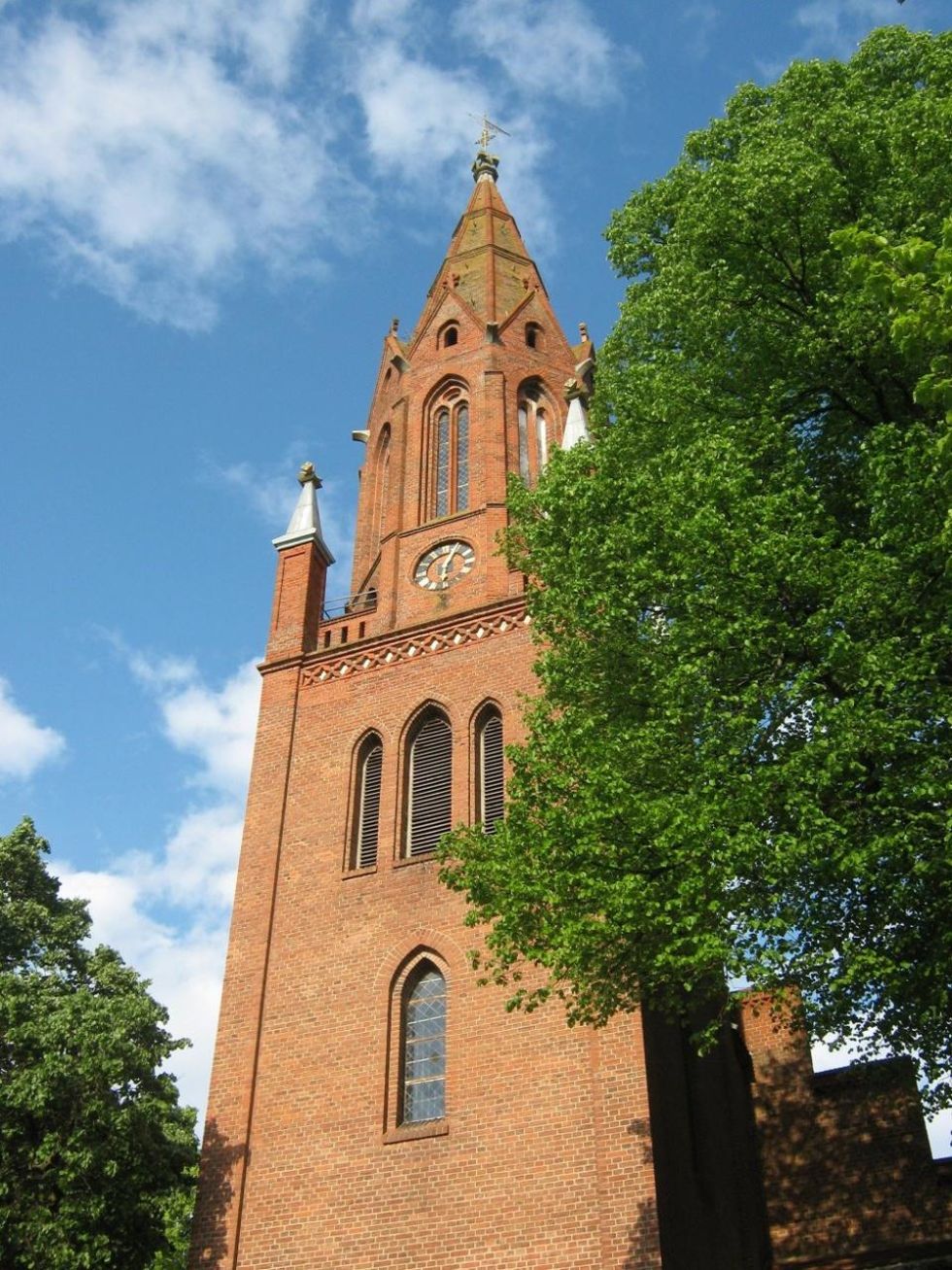 Are you a fan of historic buildings? Then you are right here. Our Marienkirche dates from the 18th century and has been painstakingly renovated in recent years. Many old tableaus and ornamental paintings, combined with one of the numerous concerts, will make your visit a unique experience.

The steeple of St. Marien’s Church is visible from afar before the entrance to Ueckermünde. Since 1766, the St. Marien Church stands at this point. From a predecessor building, a part of the council stalls, which dates back to 1593, has been preserved. Coats of arms and house marks of the council members let us guess their tasks today. Worth seeing in the church are also the completely painted wooden ceiling and the three beautiful chandeliers. Several large oil paintings show personalities, such as the reformers Luther and Calvin, as well as some Ueckermünde pastors. Like the paintings, the baptismal font dates from the 17th century. The altar was renovated in 1961.

In the past few years, many works have been carried out on the church building, which are important for the permanent preservation of this sacred building. The tower of the church was rebuilt in 1866 and renovated in the nineties. There are five bells in it, which could be re-poured thanks to a one-time donation campaign, as they were unfortunately defective. The roof was completely renewed. Inside, the valuable painted wooden ceiling was initially secured and restored a few years later with great effort. In 2013, the façade was extensively renovated. The church now shines again in ocher and white, the original color version of 1766.

Take a look at St. Mary's Church, attend a church service or one of the many concerts that take place here, especially in summer.