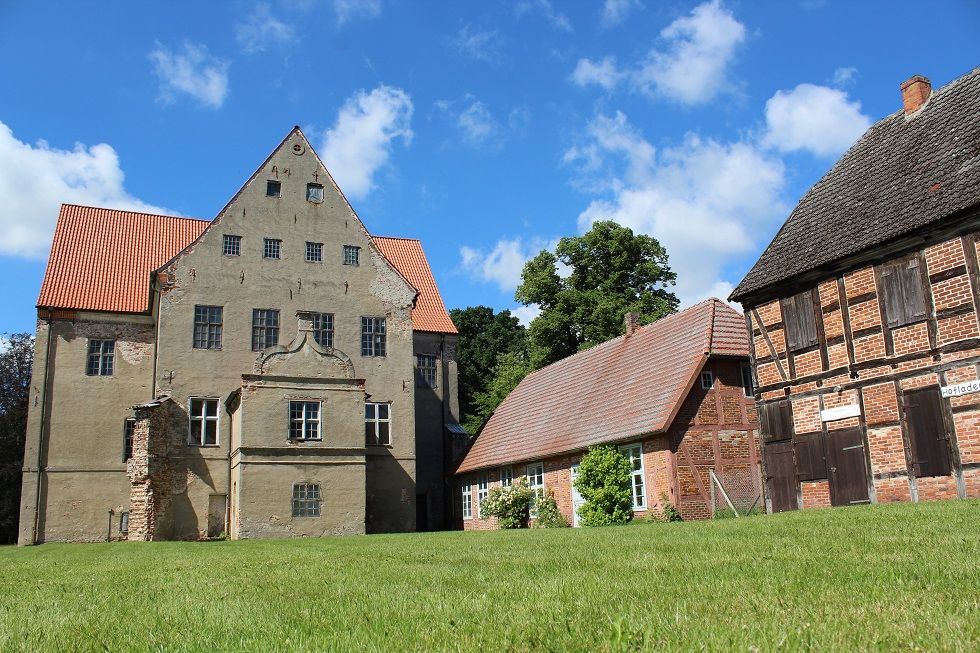 Following the Thirty Years’ War, the estates in Vorpommern became larger and increasingly pompous. People felt more of a need to be ostentatious, and so the estates were tough competition for the castles of the dukes; this is the reason why many manor houses are often referred to as castles today.

Visit the magnificent Renaissance buildings, the medieval feudal estates and the royal estates of the Swedish era. Go on a journey of discovery and get to know the home region of the old noble families. You can even spend the night in some of the manors and castles - definitely an exciting alternative to the Baltic Sea hotels.

Discover the castles and manor houses

In the midst of a monumental, rambling manor complex from the past century lies, surrounded by a park with old trees, the restored manor house Stolpe. The house, member of Relais & Châteaux, is lofty enthroning over the unspoiled river in the middle of the nature park Peenetal.

Silver cranes, white-tailed eagles and beavers are your neighbors during the pleasurable stay in the Manor complex;it does not matter if during the à la carte breakfast, the King Cake under old trees in the 11-hectare park, a nice dinner in the...
read now more

Explore a neo-baroque residence in the heart of the nature preserve 'Landgrabental' in Mecklenburg-Western Pomerania and follow the tracks of the Prussian gentry. We invite you to spend your vacation in a holiday apartment or to stop off at our place while trail riding.

The ruin 'Veste Landskron' with its accessible south tower is the most impressive castle ruin in Mecklenburg-Western Pomerania. Built in the 16th century it became a ruin after the Thirty Years' War. Today you can visit the Veste and it is an ideal resting place for hikers and cyclists.

The Veste Landskron was built from 1576-1579 by Ullrich II of Schwerin the son of Ullrich the I. (builder of 'Spantekow'). The grand building out of bricks and proportionally small erratic blocks had three floors above the basement. Its walls were 80...
read now more