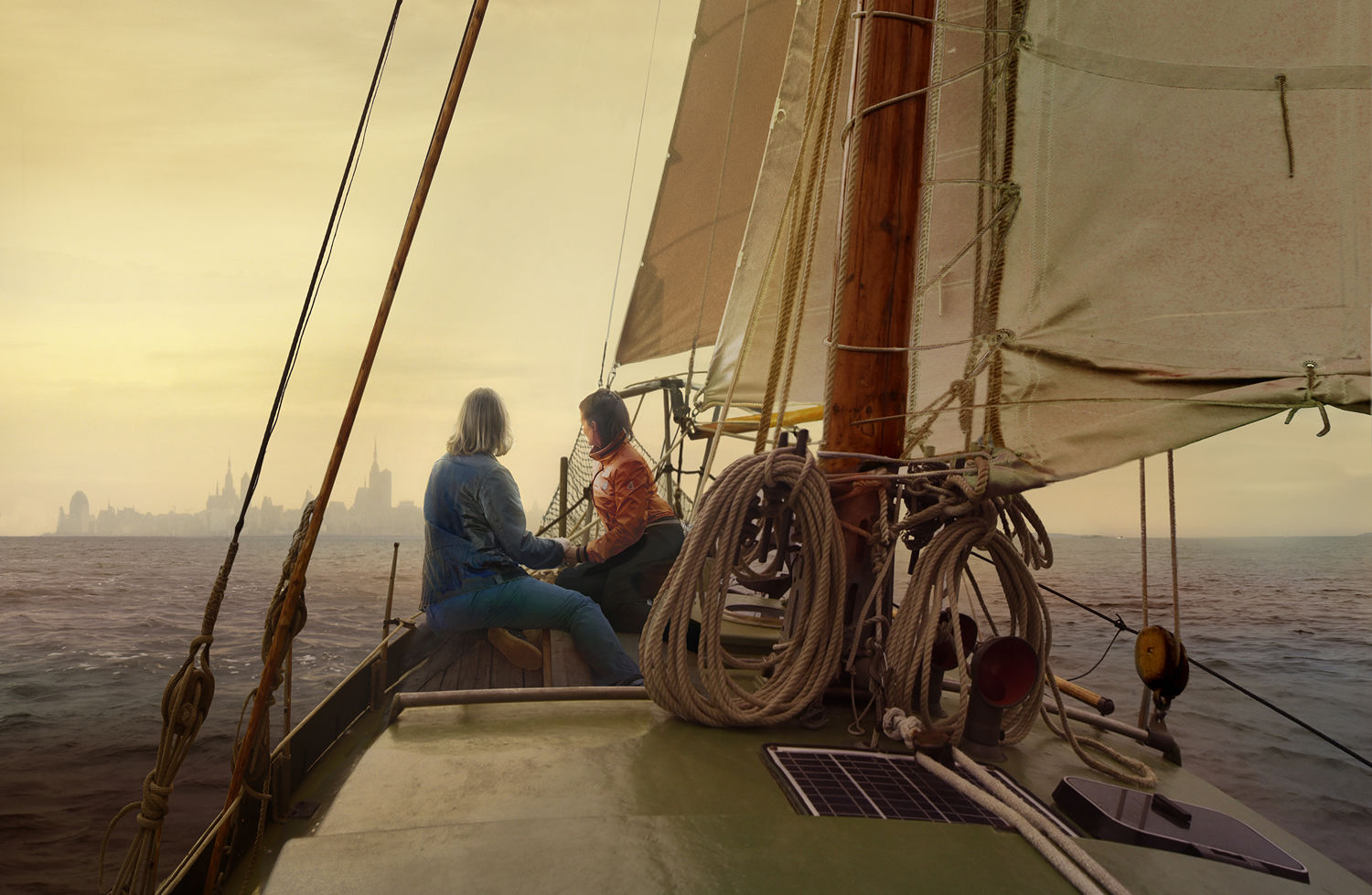 From Dresden to the north to the coast of Vorpommern and the island of Rügen: In the summer of 1818, Caroline and Caspar David Friedrich undertook a special kind of honeymoon. A creative journey, a journey that was to enter art history with the painting "Chalk cliffs on Rügen". A milestone in the time of Romanticism.

On January 21, 1818 Caspar David Friedrich married the daughter of a citizen of Dresden, Caroline Bommer. In the summer of the year Friedrich took his wife on a trip to Greifswald, Neubrandenburg, Wolgast, Stralsund and the island of Rügen. Above all, Caroline Friedrich was to get to know the Friedrich family, but also to experience the vast landscape of Vorpommern, Mecklenburg and Rügen, which until then she only knew from his drawings.

The journey began on June 13, 1818 and led the couple first to Neubrandenburg, where they returned to Friedrich's brother Samuel, a forge master. The second station was Friedrich's hometown Greifswald at the end of June. Here Caroline got to know the largest part of the Friedrich family - the brothers Adolf, Heinrich and Christian and their wives and children. The stay in Greifswald was for once short, because on July 1 he must have been gone to Wolgast with his wife, because he painted ships in the port of this city on that day. From here the journey continued to the village of Vierwang on the coast of Vorpommern, here he finished the sketch "Ship studies at Vierow" on 3 July on the beach of the small town. One day later they both reached Stralsund, from where they went with the ferry to the island of Rügen three days late with Friedrich’s brother Christian and his wife Elisabeth. Also for this part of the journey, the stations can be well understood based on Friedrich's drawings. The chalk coast was the first destination. Even though Caspar David Friedrich already produced the essential landscape drawings for the painting "Chalk cliffs on Rügen" on his Rügen journey in 1815, it was not until 1818 that the idea for the painting was completed. After his return to Dresden, the now world-famous painting was created in his studio. As further Rügener stays followed Bobbin, Spyker and Ruschvitz and finally the visit of the second main point of the island - the Cape Arkona. With the ship they arrived again in Stralsund and only now followed the second, longer visit to Greifswald. The well-known watercolor "Greifswalder Markt", on which all Greifswald family members are depicted, was created during this time. In addition, Friedrich painted other motifs in and around Greifswald - including the fishing village Wieck, the ruined monastery Eldena and the gazebo of his brother Adolf.

On August 31st, Caspar David Friedrich and his wife Caroline return full of impressions to Dresden.Friedrich's six-week journey in 1818 was not a wedding journey, as we understand it today, it was not a honeymoon. Much came together in this trip: visit of the family, drawing tour, maintenance of business contacts in the homeland. The most important role, however, was played by his wife Caroline, who became an important motif for the painter after the wedding.